Andrew Tirta of ILATAAJ uses copper to not only elevate a building’s appearance but also give a symbolic look to the overall structure. 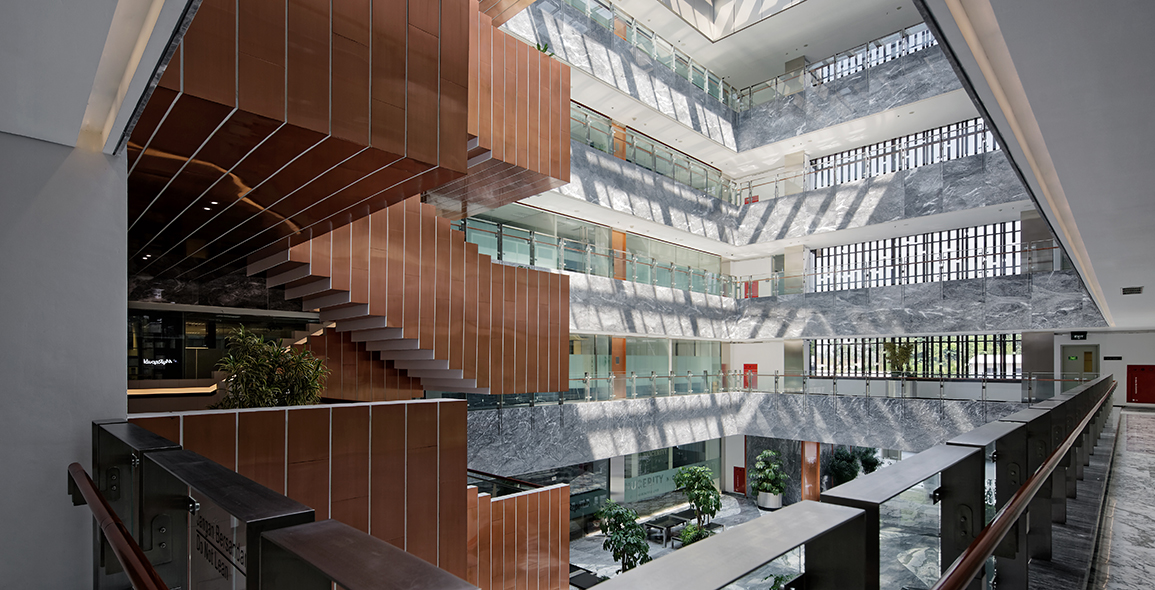 Green Office Park is a 25-hectare district in Tangerang, Indonesia, that offers a park-like ambience within a residential cluster of 11 five-storey buildings. While the entire structure presents itself as a typical sterile building, the integration of materiality and a greener approach lends a interactive tactile and tectonic experience both visually and empathically.

“The task was to design all the public interior areas in what was to be the client’s upcoming office building. One of the specific requests was for our scheme to fit in well with the neighbouring buildings,” recalls Andrew Tirta, Principal at ILATAAJ.

A brown tone is fairly dominant in the surrounding buildings. The choice of palette to complement the adjacent buildings and the overall concept seems to be rather predictable yet unusual in Indonesia. The designers incorporate copper even though it is rather uncommon for real copper to be used in interior design. Most schemes would be compromised by the use of aluminium composite panel with the copper look, or by simply spraying paint to mimic the desired texture. For ILATAAJ, the use of copper as the main material gives that ‘golden’ look and elevates the office unit to a new level of luxury.

The main area is a 5-storey atrium space, richly immersed in natural sunlight under a glazed roof. Reception and meeting spaces are located at the ground level of this atrium. Perched on a black granite water feature, a grand staircase demands attention. Directly connected with a series of lift lobbies, the atrium gives access to all the leased offices, public restrooms and more meeting rooms above.

Given the atrium layout from the architect, the designers in ILATAAJ instantly realise that an extension of the balustrades to the stairs may not be the wisest idea. “That would have been the most obvious move, and it would make the atrium bland and banal,” shares Andrew.

Instead, the designers apply a clever strategy. It is to highlight the stairway and its landings as one of dominant features occupying the atrium. The balustrades wrapping around the stairs now act as the background.

The grand staircase now becomes the star of the show. Entirely cladded in copper, the bold appearance and scale take precedence in capturing the eye from every angle possible.

Furthermore, it is observed that the grand staircase is an array of U-shaped profiles in various dimensions and proportions. Initially proposed as a simplified horseshoe shape, this profile becomes the basic operative section that dictates all elements of this project. 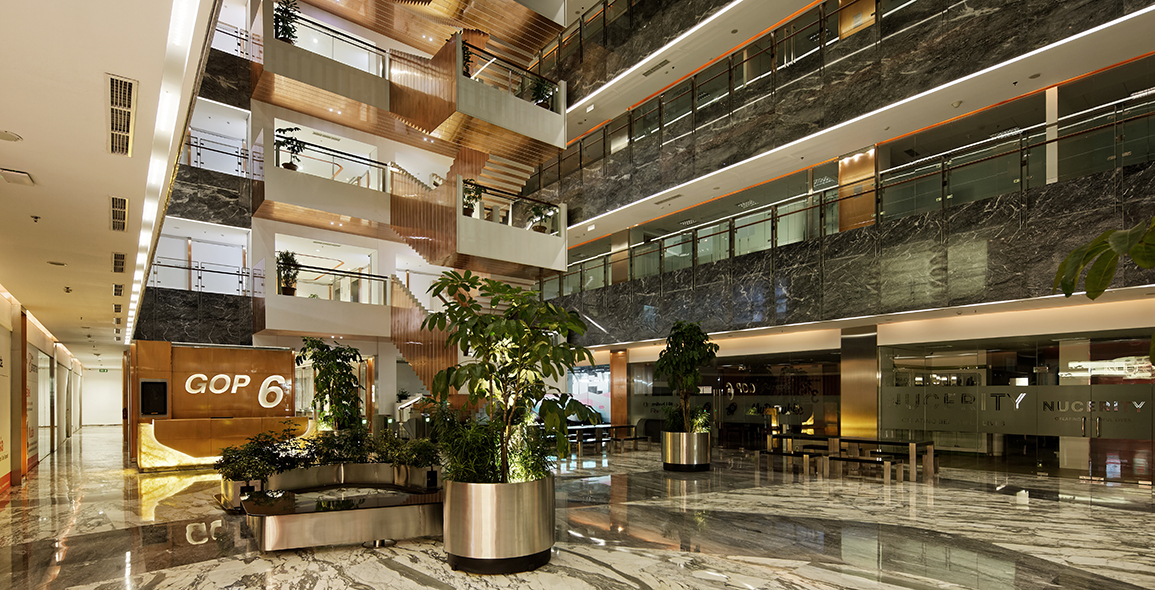 The horseshoe is also said to be a protective and good luck symbol. The iron horseshoe has a long history as a powerful lucky charm, usually placed above the front door to protect against bad luck. This concept perfectly suits the program of rental office, which in return, brings good luck to both the tenants and landlord.

“The shape is applied in different scales, positions and orientations, as seen on the floor, benches, planters and signages,” explains the designer.

To balance the composition of the grand staircase, a set of bench and planters are placed at the other side of the atrium. Both planters and benches are topological extrusion of the distinct horseshoe profile. They differ by inversion in position, depicting the essence of ‘yin and yang’.

The spatial experience in a building is not only defined by finishes but also by a series of repetition. The shape is important. Besides, the choice of material gives a whole different interpretation visually and sensually. Simple or complex, the fundamental of designing with sensibility is key to successful design schemes. 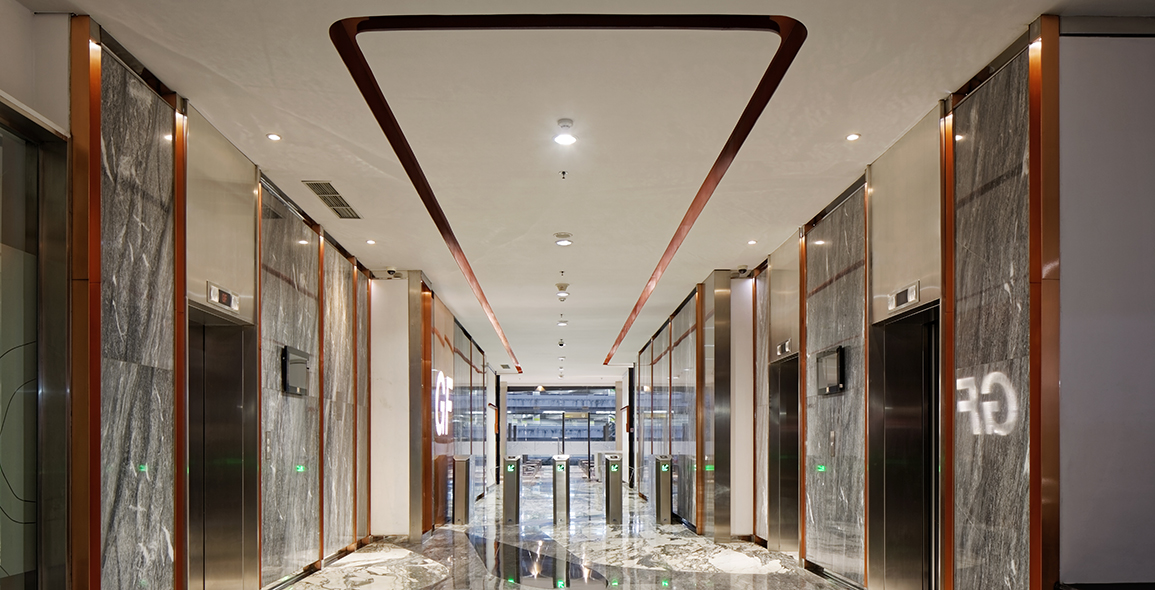 A print version of this article was originally published in d+a issue 99. 50%Cloud.Artists Lounge By CCD Looks Out Of This World