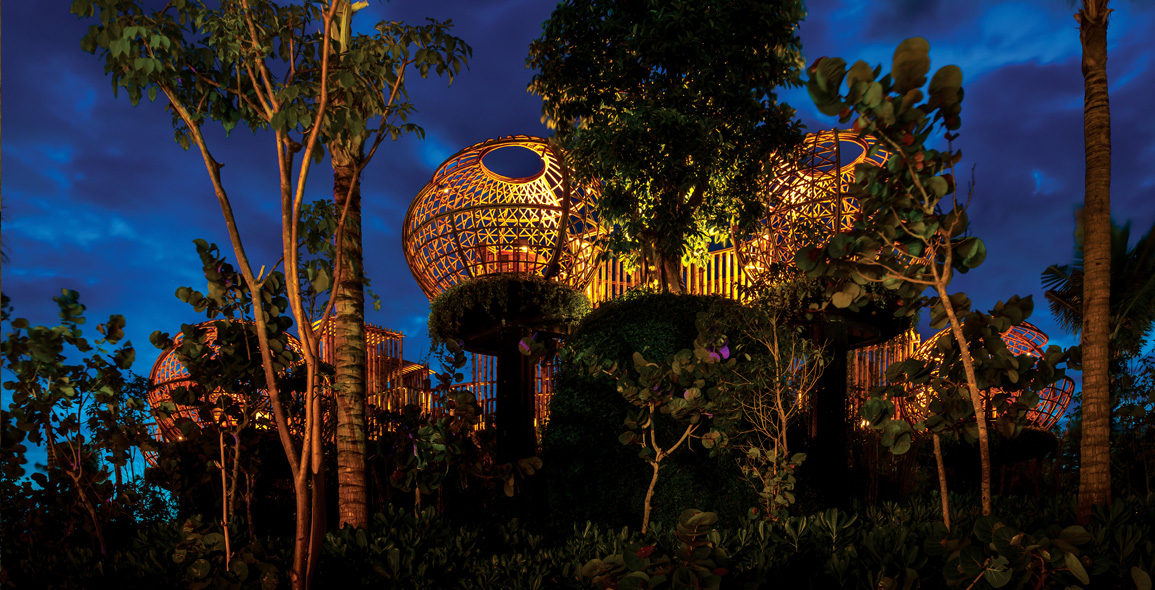 It’s not hard to guess that the idea behind Terra was based on the humble treehouse. Waldorf Astoria Maldives Ithaafushi’s exclusive restaurant is settled on the highest point of Ithaafushi Island on the beautiful South Male Atoll.

However, instead of enclosed, four-walled, roofed structures, there are dining pods – seven, to be exact, each resembling a cosy nest and offering spectacular views of the land and ocean beyond. Terra’s unique design might very well transport imaginative guests to the cinematic universe of Avatar.

“We were inspired by the surrounding natural environment, and in fact, the word ‘terra’ in Latin means ‘earth’ or ‘land’,” says Marcos Cain, founder and principal of Stickman Tribe, who led the project. His interior design studio is based in Dubai, with offices in Shanghai and Perth. He adds, “The intricate venue features a series of platforms with semiprivate dining pods and unbeatable island views.”

Bamboo added more than just a decorative touch; the sturdy stems were also used to construct the pods and portals, and carefully positioned along the sides of the catwalk gantry.

At One with Nature

Cain wanted diners to feel like they were fully ensconced in their natural surroundings and dining in their own private nest. To this end, he designed the pods to be layered in height – this ensured that no two pods looked directly into each other and that diners would be able to enjoy the natural scenery around them. The pods were set on concrete columns that were connected to a ring gantry against the trees; portals were purposefully designed along the pathway and at the pod landings to control the views and create a unique experiential journey.

Cain also worked to incorporate the surrounding greenery into the design. “Sectioning off pods from one another using man-made elements detracted from our overall holistic approach, so we explored using foliage to create an organic separator between the pods,” he says, adding that the concrete slab and columns were cleverly treated with an architectural mesh. This allowed for the foliage to climb onto and merge with them, like it would on a tree trunk, for instance.

Bamboo was used as the main decorative element so that the entire venue would blend seamlessly into the natural landscape. The sturdy stems were used to construct the pods and portals, and also carefully positioned along the sides of the catwalk gantry.

“The team worked closely with the landscape consultant and JANS Bamboo Products – the bamboo specialists from India – to map out the setting out of the dining pods, hand-sketching the ideal distances, setbacks and openings to frame the views,” Cain explains. He adds that the collaboration resulted in an iconic venue that checked all the boxes for what the operator and client wanted to achieve. 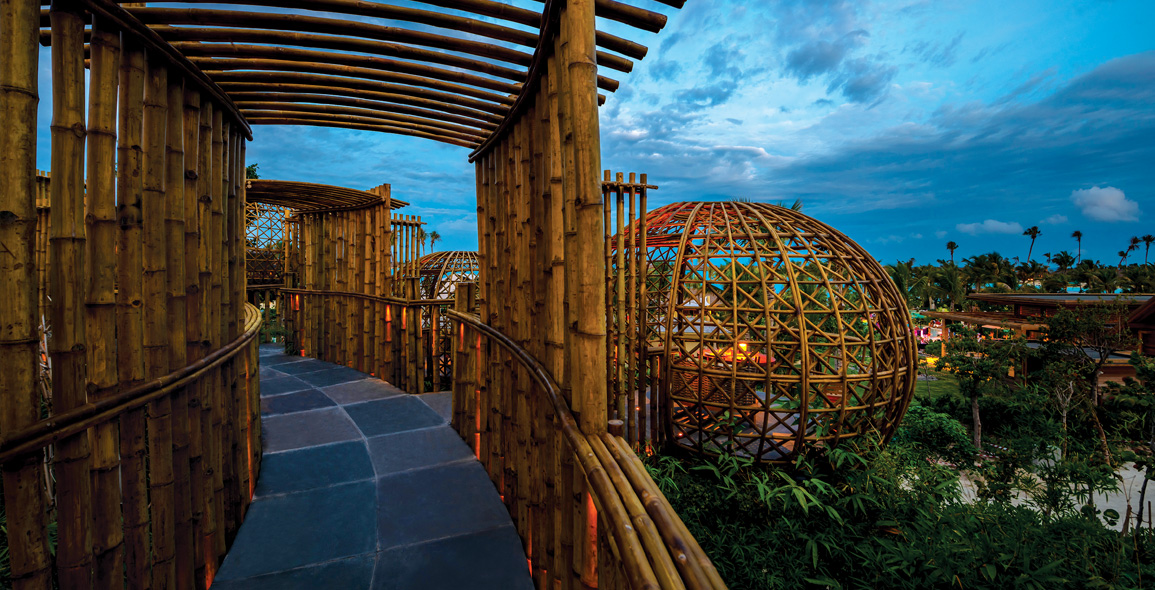 The restaurant was designed to allow the staff to service each pod seamlessly from the back along the catwalk gantry.

Terra was proposed to be located at the highest point of the topography, to offer diners the best view of the island and give them the feeling of being at one with nature. But at first, it seemed impossible that this requirement could be met.

Says Cain: “The pods had to be raised to a certain height but it was difficult getting the trees to mature and grow quickly enough to fulfil the desired design. After a few brainstorming sessions, my team proposed creating a bamboo forest instead.

“Bamboo is one of the fastest-growing plants in the world, and Maldives provides the best conditions for this hardy plant to thrive. Creating a bamboo forest would have a few benefits – first, it would conceal the columns that were holding up the pods and carrying the gantry, and second, it would provide enough greenery to make guests feel like they were the only ones up there,” he points out.

The second challenge faced by Cain and his team was operational – how could the restaurant’s back of house activities be carried out without affecting the dining experience?

Cain’s team proposed building the main kitchen below the structure and providing just a finishing bar and pantry upstairs, in a separate, large pod, using a dumbwaiter to connect the two levels. The dining pods were strategically positioned to face away from the finishing bar and pantry. “This design allows the staff to service each pod seamlessly from the back along the catwalk gantry, without distracting the guests or interrupting their view,” Cain states.

Since the pods are open-air, the restaurant is closed on rainy days. However, Terra remains one of the resort’s most popular dining venues.

To get to their dining pods, guests have to make their way around a curved granite walkway. As they move up and around, they will notice the seven adjacent open-air pods (one is big enough for four diners and the rest are each designed for two diners). From this point among the treetops, the resort and its beaches start to come into view.

“Our unique treetop concept provides an unforgettable dining experience,” says Cain.“Guests get to dine in their own private pod amid the natural foliage and enjoy incredible views of the ocean. And because the columns and pods all vary in height, it’s easy for diners to feel like they have this lush bamboo forest all to themselves.” 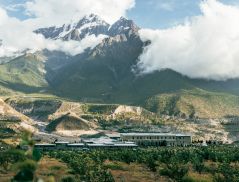 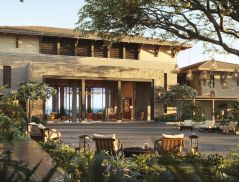 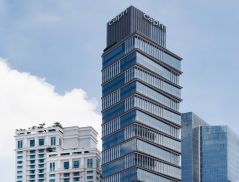 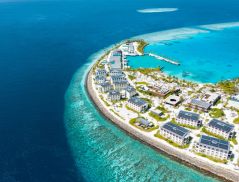 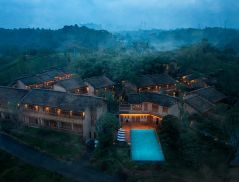