Bulgari Hotel Shanghai Is A Jewel Of The Orient

Combining the quintessential Italian glamour of the jewellery brand with distinctive Chinese cultural elements, the hotel is a statement in refined elegance. 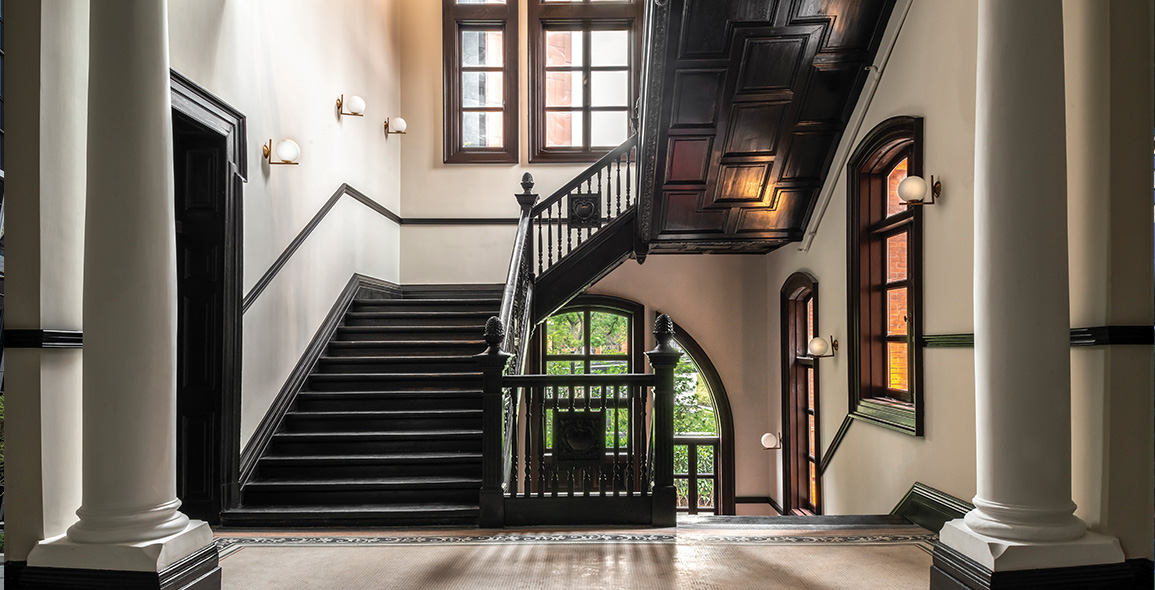 Italian brand Bulgari is known for its luxury jewellery, watches and leather goods created with a contemporary style that is rooted in the classical Roman world.

So when it puts its name on a hotel, you can be sure of a space that is nothing short of exceptional.

Such is the case with the Bulgari Hotel Shanghai, which opened in June 2018.

The five-star hotel combines a 48-storey tower and the majestically restored Chamber of Commerce building, surrounded by lush private gardens.

It houses 82 rooms and suites, restaurants and bars, a ballroom, and the Bulgari Spa, and offers breath-taking views of the Bund, Huangpu River and the Pudong financial district. 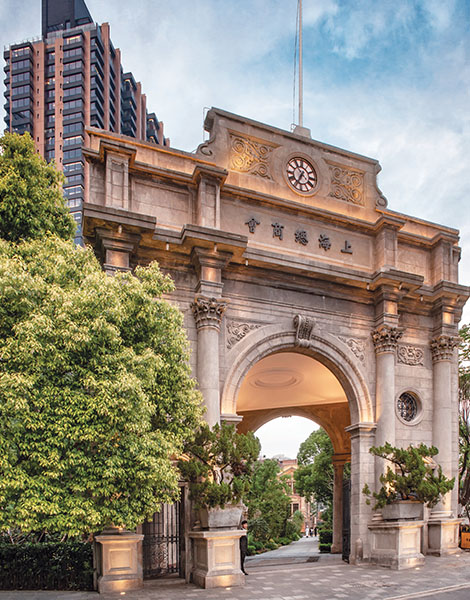 Constructed in 1916 in the Neoclassical Renaissance style, the Chamber of Commerce building forms a serendipitous connection to Bulgari’s Roman roots.

Its columned and patterned brick facade, for example, is adorned with double stone staircases and large windows topped with decorative pediments; while its grand archway gate from the 1920s resembles the triumphal arches of Rome.

From the moment guests enter the property, they are immediately transported into a world of luxury and sophistication – one that fully epitomises the Bulgari spirit.

“For starters, there’s the classic Bulgari graphic on the illuminated metal case that wraps around the central fireplace, not to mention the dark marble lobby framed by double-height windows that look out to the lush garden scenery, alluding to the ambience of the very first Bulgari Hotel in Milan.”

That’s not all. Displayed in the lobby and public areas are glamorous black and white photographs dating from the Dolce Vita era, underscoring Bulgari's inimitable red-carpet heritage.

In the black granite lift hall, shining marble vitrines, sculpted to resemble those in the flagship Via dei Condotti boutique in Rome, showcase spectacular Bulgari jewelled wonders within. 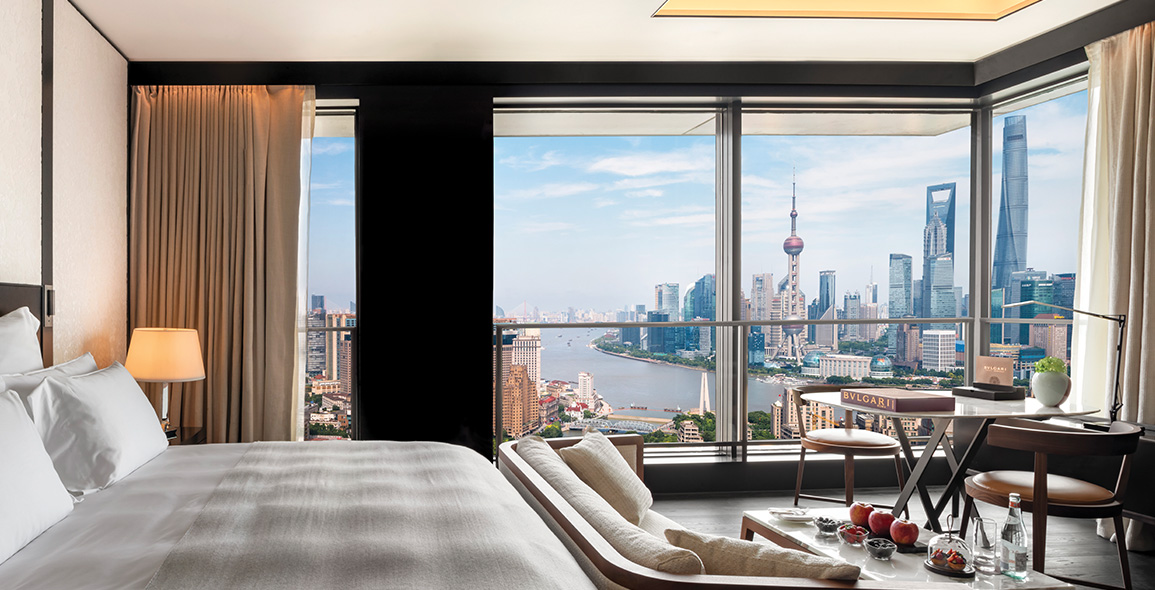 Floor-to-ceiling windows in the rooms offer spectacular views of the Bund, one of the most recognisable symbols of Shanghai.

To read the full story, purchase and download a digital copy of d+a's Issue 107 (December/January 2018/9) from Magzter.