It offers the experience of walking through both the terrestrial and arboreal zones of a high-elevation montane forest. 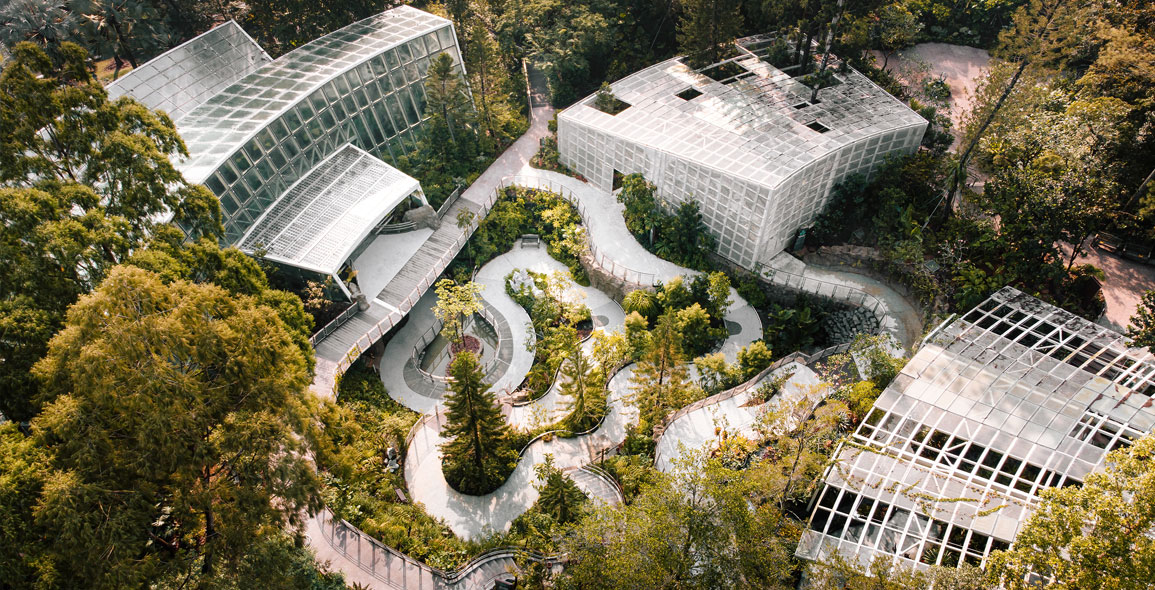 In 2015, the National Parks Board announced a design competition for the enhancement of the then-20-year-old National Orchid Garden, located within the Singapore Botanic Gardens.

The brief: To strengthen the Botanic Gardens’ role in orchid conservation, breeding and research, as well as redefine the visitor experience, making it more meaningful and leaving visitors with a greater appreciation of orchids.

The new-look National Orchid Garden was officially opened in April this year. 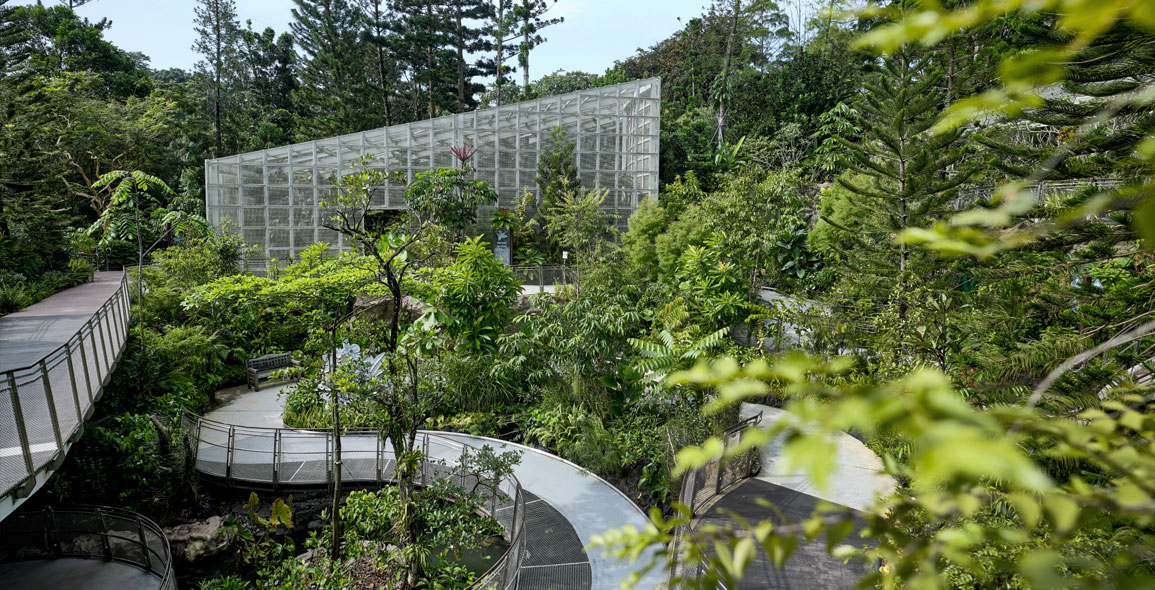 The project saw the enhancement of the Garden’s Sembcorp Cool House and the redevelopment of the Yuen Peng McNeice Bromeliad House and Tan Hoon Siang Mist House to form the brand-new Tropical Montane Orchidetum.

Since the existing single-level Cool House was deemed too small to showcase the variety of orchids and plant displays, Wong added to it, constructing a new section and integrating it with the existing one.

She designed the new Cool House to emulate a high-elevation montane forest with a temperature-controlled glass enclosure.

The decision was made early on not to demolish it for several reasons, reveals Peter How, Design Director of CPG Consultants, “One is heritage and continuity – the Cool House was an early precursor to the National Parks’ cooled conservatories at Gardens by the Bay; it spearheaded the whole learning process that allowed it to embark on this journey.

“In its time, the Cool House was a popular destination in the National Orchid Garden, delighting the public with its displays of montane orchids and vegetation despite its small size.

“Thus, retaining the original Cool House in the plans is a way to retain memories, of allowing the past to be part of the future – just like how the original Singapore Botanic Gardens evolved into a UNESCO heritage site.”

Wong saw to the demolition of the Yuen Peng McNeice Bromeliad House and Tan Hoon Siang Mist House and constructed new ones.

The former was designed as a mid-elevation, neo-tropical forest environment at 650m to 1,000m in altitude; the latter resembles a paleo-tropical garden also at the same altitude.

The placement of the Houses was such that it allowed visitors to make their way from the lowland to the mid-elevation and highland forest environment of the Cool House (1,000m to 2,000m in altitude).

Each House was expanded beyond its original size, increasing by almost three-fold the combined display area.

Together, they showcase a diversity of orchids, rare orchids, award-winning orchid cultivars, endangered native orchids, and other plants from the rich lowland, mist and elfin forests.

“The expansion allows for the housing of more orchid species and displays and gives both visitors and researchers better access to rare orchids that usually grow at higher elevations.

How points out that it is no coincidence that the entire project has a unified and memorable external ensemble.

“There was a real danger of a hotchpotch development,” he explains.

“To unify the disparate elements, all the entities share the same geometrical shapes – creating fan-like forms that take after the slight curvature set by the existing Cool House.

“They also share the same sectional profile – with a roof incline that is similar.”

Sewing up the disparate pieces, which are scattered about all at different levels, is a circulation path that connects the three Houses.

Dubbed the Secret Ravine trail, it addresses the steep terrain of the Orchidetum, giving visitors the feeling of ascending a tropical montane forest as they make their way from one orchid display to another.

“It is a habitat in its own right, featuring plants that cling on to cliff-like environments, and encircling an open space that visually ties all the buildings together,” adds How.

The meandering trail also keeps visitors guessing as to what may show up next around the bend.

The enhanced project features a range of sustainable building design solutions, such as advanced building technology of the chiller system to increase energy effectiveness, collection of rainwater via the garden lake for the irrigation of plants, renewable energy, water efficiency management, a ground cooling system and thermal stratification.

To read the rest of the story, purchase and download a digital copy of Issue 121: September 2021.