The award-winning project Running Taoyuan in terms of its elements, key components, objectives, and outcome 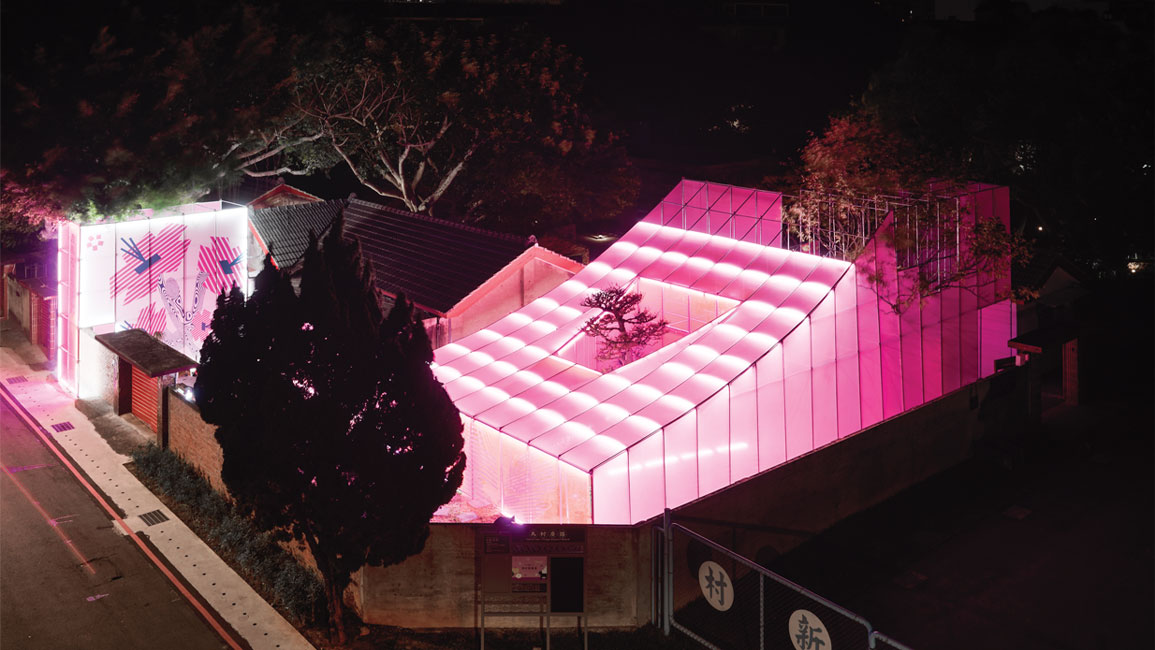 In spring, the peach blossom is a familiar sight across Taoyuan, a sprawling, often overlooked city in north-western Taiwan. Trees were planted as far back as the Qing Dynasty and have since become somewhat of a city symbol.

In 2020, this delicate bloom—alongside many other inspirations—lent its colours and cultural history to the curatorial team of ‘Running Taoyuan’, a city exhibition designed to explore what lies beneath the seemingly bland façade of industry and airlines. Taoyuan is, after all, most renowned as the site of Taiwan’s largest international airport.

In Mandarin Chinese, the title of the 2020 Creative Expo Taoyuan means ‘walking’. However, the same word sounds like ‘running’ in the local dialect, Taiwanese Hokkien—an intentional play on words. “‘Running Taoyuan’ represents the energy of movement,” says Yao-Pang Wang, the event’s Chief Curator and Director of Taiwanese curatorial studio, InFormat Design. “You can, through an expo, help a city advance.”

The exhibition, which ran for 10 days and was packed with displays, workshops, forums, and performances, was held in a uniquely challenging space, a former veteran’s village called New Matsu Village. These residential communities were built hastily all over Taiwan in the late 1940s and 1950s to house an influx of KMT soldiers who fled to the island nation from China at the end of the Chinese Civil War.

The modest, one-storied homes of these hamlets nestle snugly against one another, defined by their red brick walls, grey-tiled roofs, humble open yards, and winding, narrow laneways. While many have been preserved as cultural centres, more than a few still house the original residents and their descendants.

The venue had already been decided on when InFormat Design landed the contract for the project, which was administered by multiple bureaus and departments within the Taoyuan City Government—from agricultural and economics to Hakka and indigenous affairs.

The curatorial strategy, therefore, needed to be wide-reaching. “We viewed the expo as an opportunity to shape Taoyaun’s cultural identity and future developments through design,” says Wang. “We wanted to make (the) people feel proud (of their city), so we engaged directly with all the stakeholders. Everybody became a kind of ‘small curator’ in the exhibition.”

With such an organic approach, the exhibition took close to nine months to prepare. The process involved everything from endless hours of field research—“we went to the mountains, we went to the sea, and we went to the forest”—and grassroots community meetings involving village residents and Taoyuan citizens to three months of initial discussion with the various government departments.

But it was the long periods of field research that really defined the curatorial team’s vision. Images of the city from a bird’s eye perspective revealed a dense urban centre surrounded by lush rainforest. 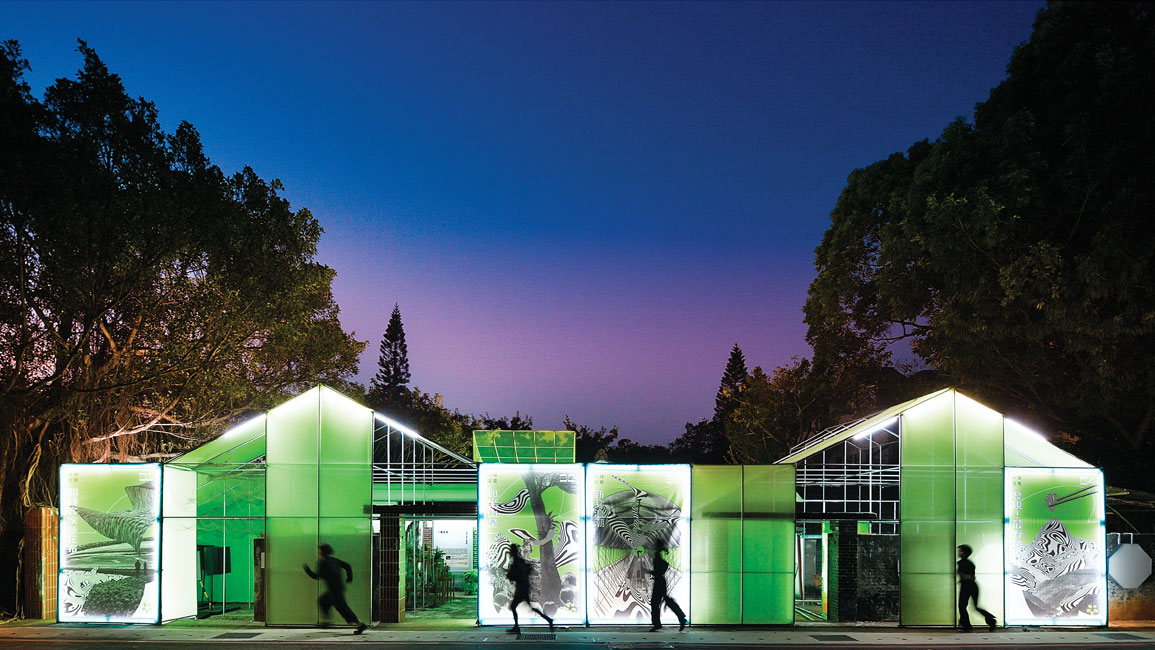 The team took a group of elementary students to spend two nights in the mountains on a hunting trip with indigenous Taiwanese hunters. Conversations with the leaders in the manufacturing sector led to the discovery that Taoyuan was a hub for textile production.

When the InFormat team encountered a spatial design challenge—they needed to extend the expo venue’s confined spaces without damaging the historical architecture—they leaned into these findings.

Inspired by the city’s traditional agricultural buildings, typically crafted from roofing iron and steel poles, they built large temporary structures over the homes, yards, and laneways. These metal frames were covered in locally sourced textiles of different textures, transparencies, and hues.

“The sunshine became part of our design strategy,” says Wang. The different thicknesses of the fabric allowed natural light to flood some spaces while others were cast in shadow. At night, carefully placed artificial lighting transformed the venue into a shining beacon. The curatorial team even built a miniature mock-up of the location outside their studio to research and test the lighting effects of different fabrics.

Alongside the exhibition displays and other event paraphernalia, the spaces were filled with living plants local to Taoyuan, reminding visitors of the forest that existed at the borders of the city’s urban sprawl. 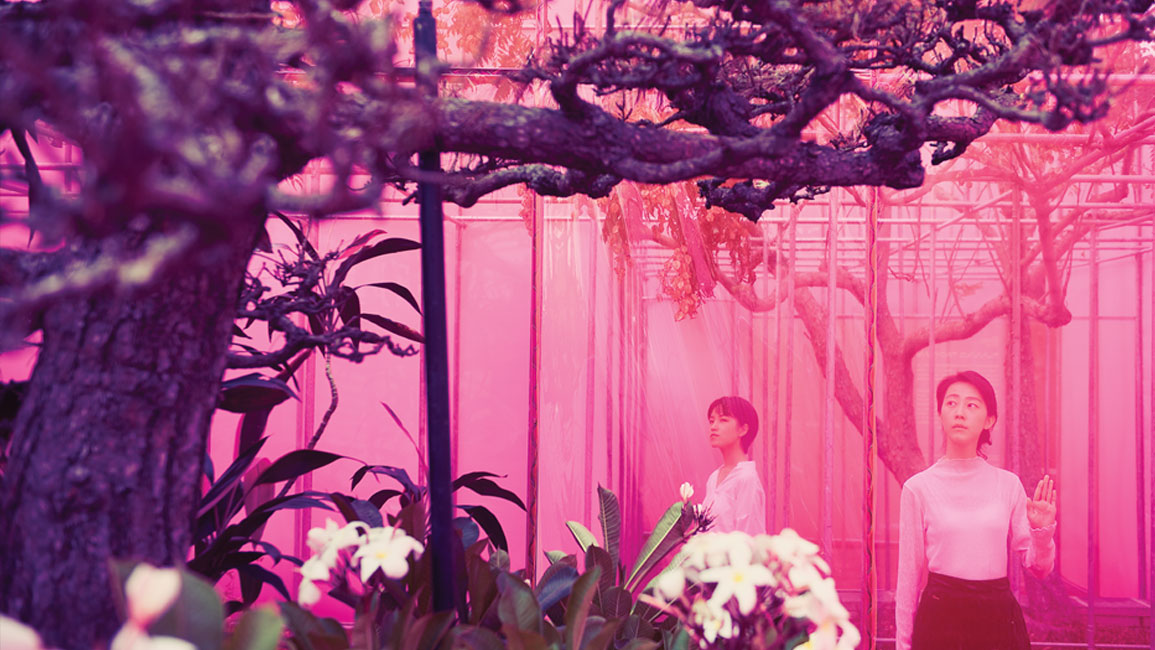 With, for and by the community

‘Running Taoyuan’ was a far cry from the usual vast exhibition halls, white-box galleries, or booths filled with local products. The InFormat Design team recruited the expertise of a wide range of professionals to participate, create, and facilitate the displays and events: artists, local citizens, government personnel, and scientists. “The most important [part of the exhibition] was the people living in this city, that they’re telling their stories themselves,” notes Wang.

One artist interviewed Taoyuan residents from various backgrounds, including Taoyuan’s substantial community of migrant workers, to collect a folio of nursery rhymes in different languages. Another took photographs of locals and printed them large on clothing worn by participants—only an eye, a hand, an ear visible. “Our target audience was everyone— from three-year-olds to 97-year-olds,” curator Wang concludes. “Everyone could enjoy this exhibition. The statements it was making weren’t confronting. You could go there just to enjoy the food. You could lie on the grass, watch the light change, and feel the wind on your skin.”