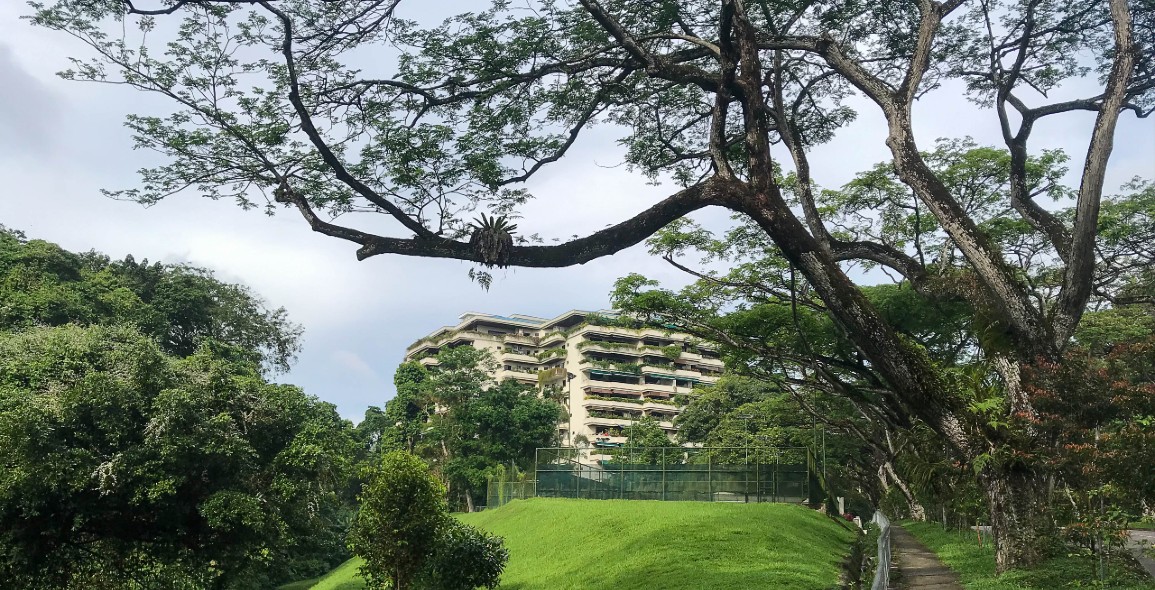 Lush greenery and a clean environment would improve not only the quality of life, but also attract international visitors to Singapore.

After a meeting with government officials, PM Lee asked Collins, “What would you do to enhance the environment of Singapore as a tourist destination?”

The concept of garden living was introduced not long later into the domestic typology, with The Arcadia marking its apogee when it was completed in 1983.

Tucked away amid lush greenery rises three cruciform, pyramidal towers that make up the project.

Each tower consists of four wings of stepped-back terraces that converge towards the top, encircling an outdoor tropical atrium.

If this recalls the Shangri-La Hotel, Singapore’s Garden Wing (1977), it is because Wimberly and his architectural firm Wimberly, Whisenand, Allison, Tong & Goo (WWAT&G) designed both that and The Arcadia, in collaboration with local architect Chua Ka Seng.

Each tower’s exterior and interior are lined with planter boxes that create the effect of “hanging gardens”, creating a sense of idyllic harmony with nature.

The sense of garden living is created through the blending of interior and exterior space, with the steeped-back terraces acting as outdoor living areas.

They are modern interpretations of the vernacular Hawaiian lānai, an open-sided roofed veranda.

Describing it, the Special Arcadia Supplement in The Straits Times read, “The lānai is not for looking at but for living in. It is a part of your living room… In fact, for most of the time, there’s no way to tell where the interior living room ends and the exterior living room, the lānai, begins… You’ll entertain amid its greenery, sunbathe, think, read, rest, snooze – even cook…”

Despite the abundance of outdoor spaces, The Arcadia remains comfortable in muggy Singapore.

During a visit to Singapore, Wimberly observed that “Singapore is one of the very few places in the tropics where it cools down sufficiently at night to turn off the air-conditioning”.

The Arcadia is designed for complete cross-ventilation. The central atrium is essentially a massive air-well.

Unlike some strata-titled buildings from the same era which have declined, The Arcadia has remained well-maintained owing to the residents’ dedication.

An opportunity to hold an en bloc sale of the property was dismissed by residents who want to conserve the condominium; its unparalleled garden living has fostered a tight community over the years.

In 2011, with 66 years of the lease remaining, the residents applied for a fresh 99-year lease, but their application submitted to the Singapore Land Authority was unsuccessful. 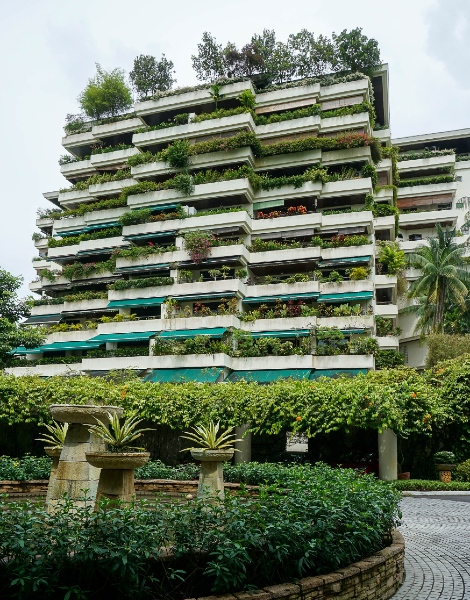 The architectural features of The Arcadia situate the building within a lineage of global modernist architecture.

Its technique of blending into the landscape through built form mirrors earlier WWAT&G designs, such as the Sheraton Maui (1963) in Hawaii, and the Hotel Tahara’a (1968) in Tahiti.

Both have rooms with lānai that cascade down the sides of the promontories they are perched on.

Portman was also one of many internationally acclaimed architects who fulfilled commissions in Singapore.

He designed the Regent Hotel (1982), which possesses an impressive atrium, and Marina Square (1986). 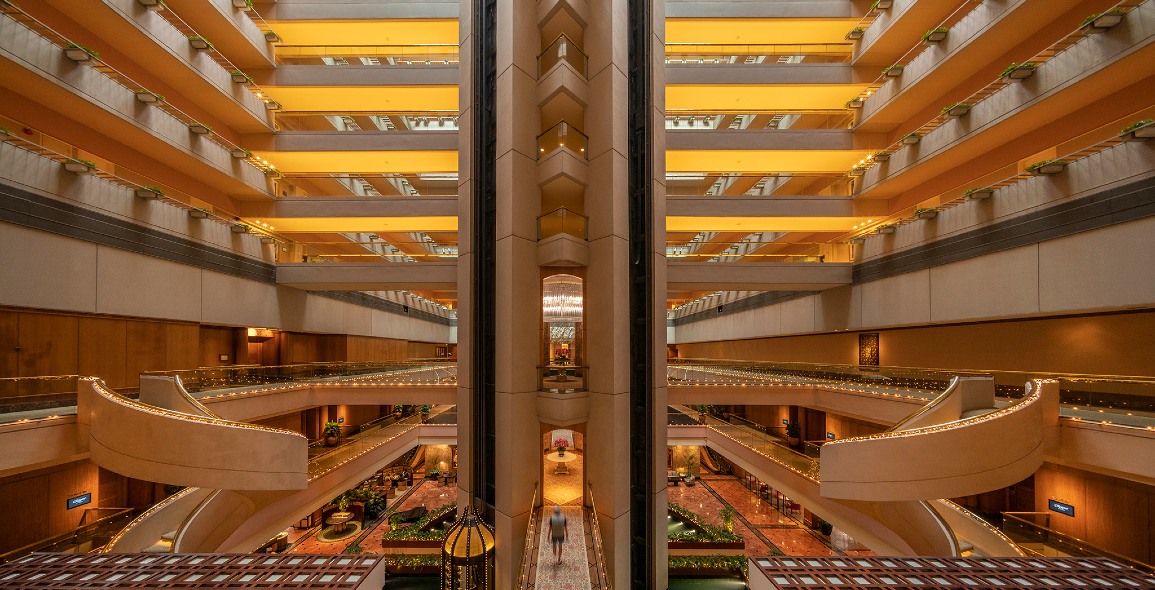 WWAT&G is an architectural firm well-regarded for their hotel and resort designs.

It was one of the first firms to promote the idea of environmental design.

Local materials, inspiration drawn from the vernacular and unobtrusive forms within the natural landscape are key characteristics.

Such designs were responses to the earlier overdevelopment of holiday destination areas in Waikiki, Hawaii, where high-rise concrete buildings towered over the surrounding landscape.

Wimberly remarked, “A nice thing about The Arcadia is that the development is almost totally surrounded by forest reserve and in certain aspects, this blends into the city skyline in the distance.”

Then Minister for Foreign Affairs S. Rajaratnam once described Singapore as a “global city” linked to other global cities within a world-wide system of economics.

Perhaps the building that embodied Singapore’s position as a financial hub is the OCBC Centre.

It was designed by I. M. Pei, alongside the now defunct BEP Akitek, and completed in 1976.

Standing at 52 stories, it once dominated the central business district’s skyline with its hulking concrete mass.

It was the tallest building in Southeast Asia, signalling the country’s prosperity and position as a modern society within the international community.

Singapore’s global mindset has and still leads to the commissioning of international architects to do projects that leave their mark on the island’s urban fabric.

Admittedly, much discourse on our modern buildings of the 1960s to 1980s has side-lined internationalism in favour of the nation building narrative.

Yet, these international buildings remain historically significant structures that are testament to the socio-economic developments of their time, and deserve to be recognised, appreciated and even conserved.

Jason Ng is a research apprentice at the National University of Singapore's Department of Architecture, currently assisting in a project focusing on transnational leisurescapes during the Cold War. He recently graduated from The Courtauld Institute of Art with a master’s in the History of Art and has a keen interest in modernism.

By:
Jason Ng
Images of The Arcadia:
Chang Jiat-Hwee
All other images:
Darren Soh
Date:
29 December 2020