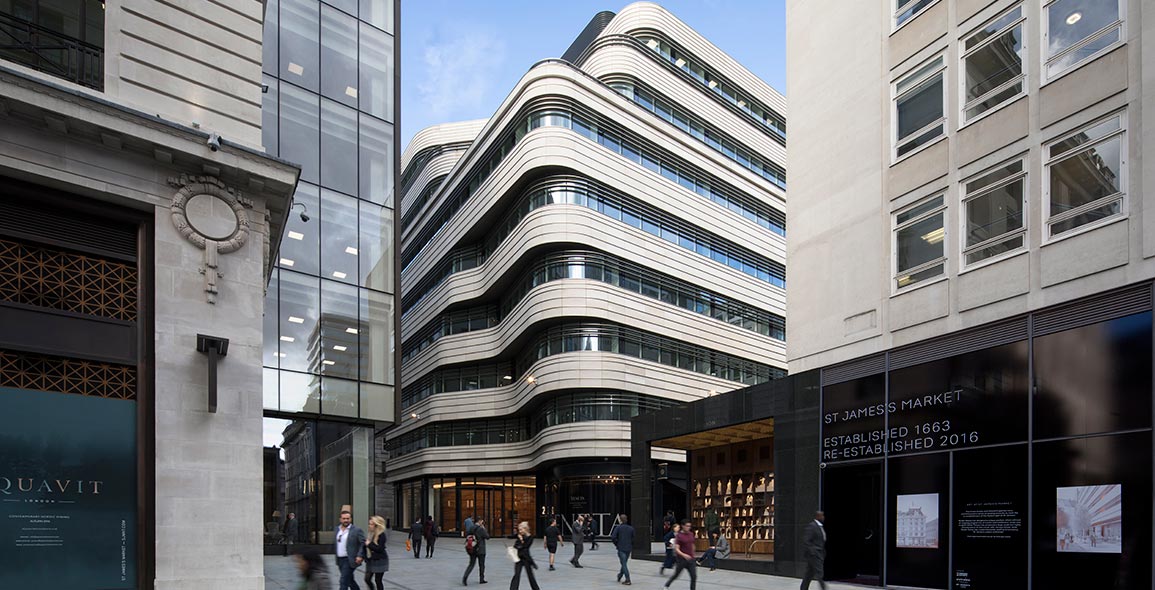 Founded in 2004, Make Architects is an award-winning international architectural practice that is passionately committed to designing schemes which minimise environmental impact and optimise energy efficiency. The team believes that architects have an urgent duty to mitigate the effects of climate change by designing buildings which work harder and perform better.

One of their latest design schemes for their client, The Crown Estate, proves to be a force to be reckoned with. Innovative and state-of-the-art, the combination of contemporary design and a adaptive sensibility recreates a new legacy for centuries to come.

“St James’s Market is the most exciting scheme that we have ever undertaken in the West End,” cites Matthew Giles, Head of Development for The Crown Estate, an independent commercial business created by an Act of Parliament. The Crown Estate believes that everything they invest in and manage are sustainably worked, developed and enjoyed to deliver the best value over the long term. 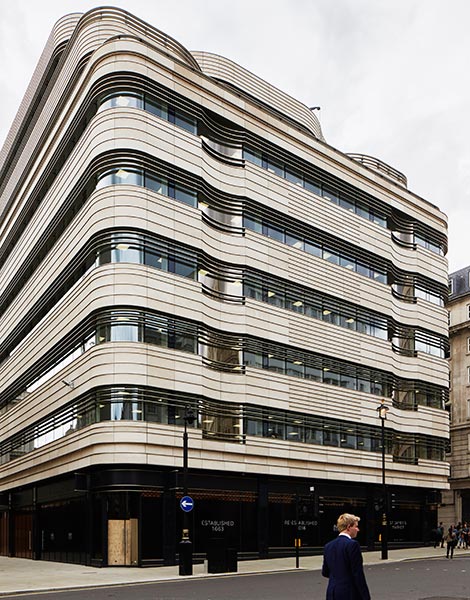 As part of a decade-long programme to revitalise St James’s Market, an upmarket district defined by high fashion stores, flagship galleries and cutting edge fining outlets, Make Architects will be redeveloping two key blocks in the heart of London’s West End, delivering offices, retail and a new public square directly south of Piccadilly Circus – an area that became isolated following the construction of Regent Street in the 1820s. The core aim is to restore the site to its former glory, and celebrate its historic identity with a vibrant new destination defined by first-rate public realm and world-class architecture. 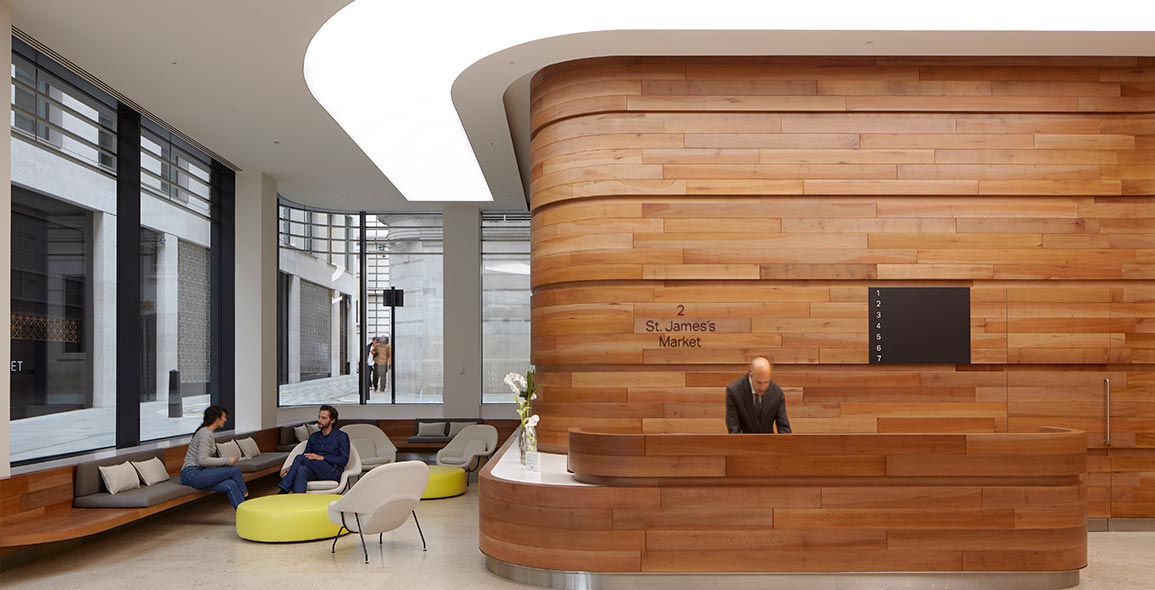 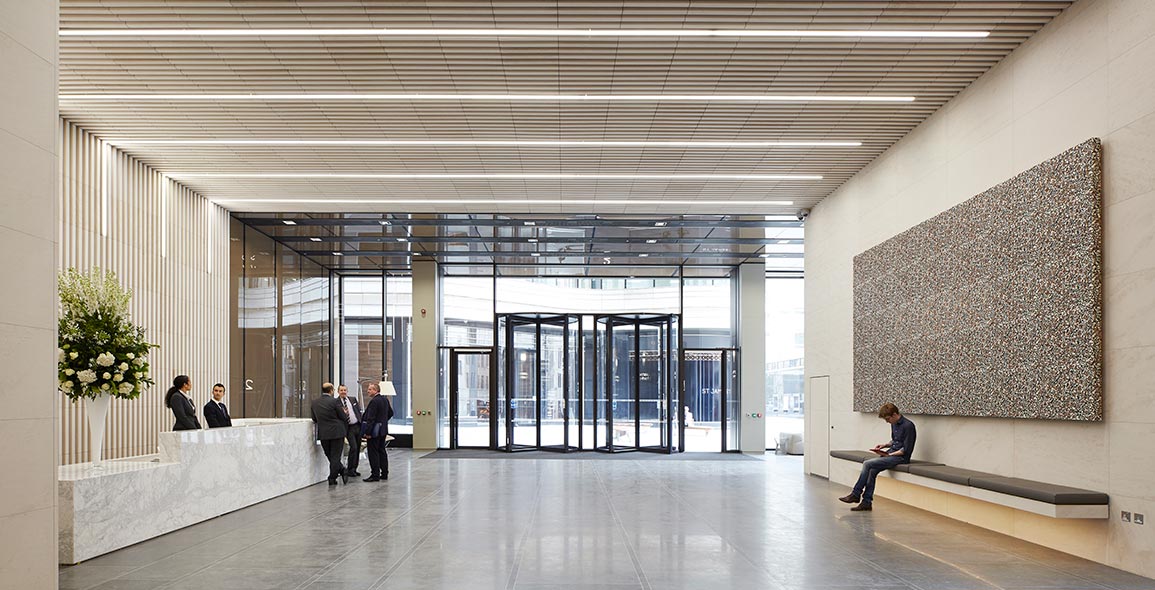 “It was important that we remained respectful of the site’s unique history, so we collaborated closely with Historic England, the St James’s Conservation Trust, the Westminster Society and Westminster City Council to ensure our design preserved its character and quality,” cites the architects. The two Grade II-listed facades on Regent Street are undergoing extensive repairs, and the interior and rear are being sensitively reconstructed. On top of that, the design team will also be adding an elegant office and retail building that respectfully echoes the quality, scale and materiality of nearby structures.

Four back-streets on the eastern fringe of St James’s Market will be pedestrianised to improve connectivity and solidify the site’s relationship with its wider urban context – one of the many ways our holistic design integrates the new and existing buildings with the public realm.